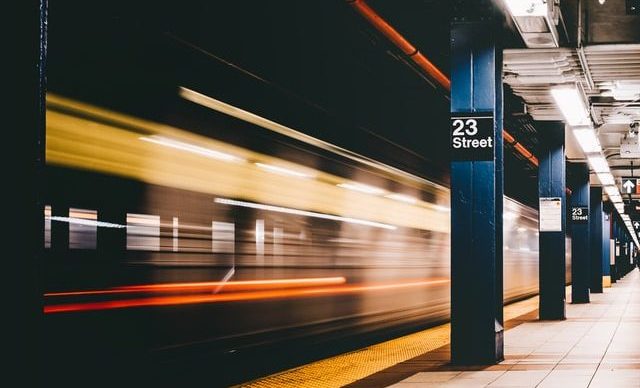 Stuck on the NYC subway

Have you ever been stuck on a subway?

I guess it feels exactly like being stuck in traffic. I feel both a sense of helplessness and of urgency and annoyance. Like why didn’t I have the foresight to take the train 7 minutes earlier? I had planned my trip uptown down to the minute. I ran to the subway just to catch the train on time. And now, I am here, in a tunnel, not moving.
I can’t be that annoyed; I have my Chromebook, small yet powerful, and my charged phone and Bluetooth earphones, ready to distract me at a moment’s notice. I look at my phone: No signal. Unfortunate. The conductor goes on the intercom and mentions that there might be a delay due to congestion. Great. I pulled out my Chromebook and opened up a document. What a great time to begin writing!

One of the things I’ve noticed as I’ve grown older is how often random things affect our lives. It’s usually out of our control, but I never thought much about it as a child. I think as an adult, it begins to become more apparent. Trip delays and cancellations mean a lot more to me now than when I was younger. Friends disappear for a few months, sometimes with very little notice. Maybe when I was younger, I was less observant and focused more on what I was doing at the current moment. Maybe I actually felt the significance of those events, but as I got older, my unhappy memories just faded out of existence, and now I see my childhood as a field of bliss and happiness.

The funny thing is I’ve seen two trains already pass me. Those passengers are free from the wait I have to endure. I’ve already looked out at the darkness a few times. Why did this happen to me? Why isn’t the train moving again?

I’m probably entitled to think that. But it’s crazy how a few people’s actions can affect so many people around them. It’s both powerful and kinda annoying.

Turns out one of the passengers on the train ahead of us is sick. Well, maybe being a bit earlier wouldn’t have helped after all.

Photo by Lerone Pieters on Unsplash

Thoughts after moving to New York